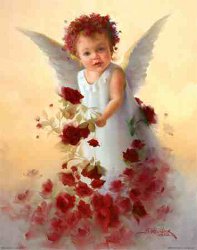 We may be tempted to think the era Christian Rohnor lived and died is long gone and as a society we have become more humane towards adopted children. We may think that adoption practices have become more sophisticated and nowadays adhere to strict standards. Yet, over the years, hundreds of children have been locked up, starved and beaten to death by their adoptive parents. Some children have literally been tortured and others have been sexually abused within their adoptive family.

Severe abuse of adopted children triggered the State of Washington this year, to set up a committee to investigate the issue. This committee came back with a devastating report concluding that the state provided "inadequate oversight," education and licensing of private adoption services; adoption cases were not sufficiently tracked, particularly cases where a final adoption did not go through after a child was placed with a family; evidence was found that showed some prospective parents were "shopping" for positive pre-adoption feedback; and, documents were not filed with courts as required by state law.

Sadly the last year has resulted in more fatal abuse cases. In memory of Christian Rohnor, we honor the children, who met their death due to abuse in adoptive families since Adoption Awareness Month 2011.

May these chosen adopted angels finally rest in peace, and may the many survivors of post-adoption abuse find healing in the years to come.

Tough read Kerry and Niels.
But you only touched on a very very huge drifting sharp ice berg.

Adoption Abuse, comes in many many more forms.
Unfortunately most of it is hidden forever, never to be talked about unless that poor "saved" child grows up or ever given the opportunity to tell their story to anyone who might possibly care. Thank God for websites like yours. Good for you for being on Facebook, for getting your concerns out into the world. Good for you for exposing all of the adoption crimes against children.

Would an adopted parent ever treat their own blood this way? Sure, we hear news stories everyday on how parents mistreat, neglect, beat and emotionally harm their own kin. But, there must be something to the parent who adopts a child, maybe it is power, control, or that because this child is not really theirs that they can harm it and the harm will not be real too. But is real to the child who is the victim of the violence both physical and mental.

I have been visiting this site for years now and have seen so many types of adopted child abuse.
Some very very creative,,like

over consumption of H20,
or pepper
or salt
or confinement
or cages
or closets
or shipping them to more abusive "underground adopters"
being adopted by religious fanatics
withholding medical treatment
beating
starving
killing
raping
cutting one's hair
shipping them off to Western Samoa on a one way ticket
seperating twins
not sending them to school
putting them constantly in harms way
putting them in "group homes"
trading them like baseball cards between adoptive parents
drowning them
bartering them for dried fish or rice
smuggling them
drugging them
psychological abuse